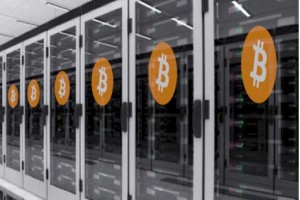 Via VPS Bitcoin – Over the past decade, many new technologies have emerged. Two of them include Virtual Private Servers and Bitcoin.

Fortunately, there are many companies out there that provide virtual private servers for a monthly cost, however not all companies accept Bitcoin payments. That’s why we thought it would be of value to find those which do and analyze them to see their pros and cons. Below we show you our Top 3 picks, followed by a guide with some of the most reputable Virtual Private Server providers that, of course, accept Bitcoin as payment:

A Virtual Private Server is an extremely useful tool for running software or any other needs on a virtual machine that is run by an internet hosting service. They are typically sold by internet hosting services. A Virtual Private Server provides many benefits where you wouldn’t find in buying hardware to run your own OS. Some of the many benefits include the following.

Bitcoin is a form of digital currency where encryption is used to generate more currency and to transfer funds. This form of payment is not controlled by a central bank and is often used to make payments between individuals. However, over the past few years and the growing stability of Bitcoin has resulted in the use of Bitcoin as payments for services. VPS Bitcoin payments have recently been adopted by several companies and are quite popular for people looking for anonymous VPS hosting or just people looking to buy VPS with Bitcoin.

How to choose the best VPS Bitcoin for you?

When it comes to choosing a VPS, there are several factors that must be considered to ensure that the chosen VPS meet your needs and expectations. They include the following.

The price for a Bitcoin Virtual Private Server changes with respect to the value of a bitcoin. Although it has been steady for the past year, it is still possible for sudden changes in Bitcoin prices. Most internet hosting companies take this into account and usually adjust the price accordingly or, more simply, they just set the price in dollars (or local fiat currency) and you can pay the equivalent in bitcoins at the moment of purchase.

There are several companies out there that provide virtual private servers for both individual and business use, and with the growing popularity of Bitcoin, they are now accepting Bitcoin payments. While most companies will provide similar performing VPS’s, the location of the company, the prices, and popularity can play a big factor in choosing the best Bitcoin VPS for you.